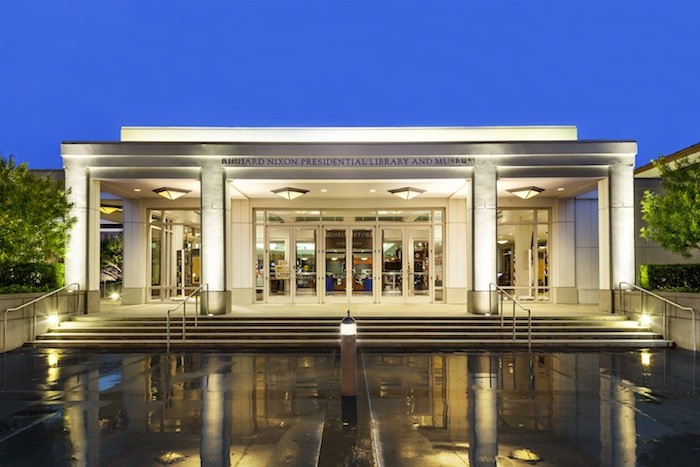 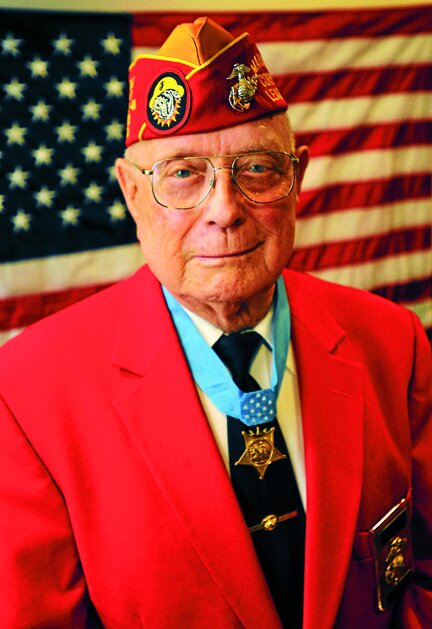 A survivor of the Battle of Iwo Jima, the bloodiest in USMC history , Woody is the last Marine MOH recipient alive from WWII

Iwo Jima Monument West founder Laura Dietz secured Williams for the event . She was on the Nixon Presidential campaign staff from 1971-1973. She notes that Nixon sought to get into the action and the Navy assigned him to logistics duty in the Solomon Islands campaign . His post Presidential chief of staff was Col Jack Brennan USMC retired .

The Nixon Library contains a replica of the Oval Office and the East Room where Secretary of Defense gave the keynote in 2014 which can be found on the Library website .  At that time General Mattis was retired but still very active in our nation’s defense ..

And as a Fellow at the Hoover Institution ..