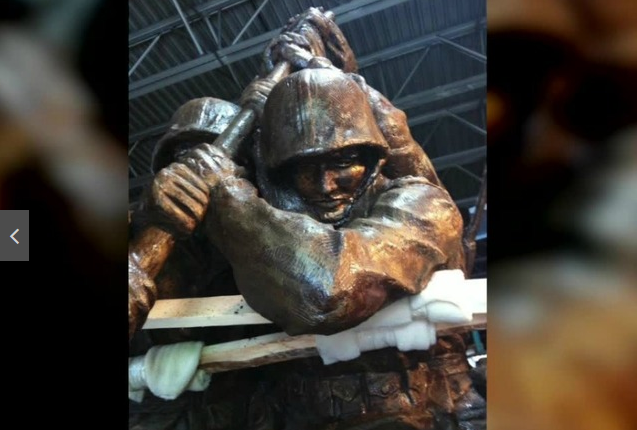 Iwo Jima Monument West is a nonprofit trying to bring it to Camp Pendleton.

Retired Corporal Jim Scotella hopes he will be around to see that happen. At age 90, he has outlived his family, so he clings to his memories.

It symbolized the strength of the U.S. When faced with one of the bloodiest battles in history.

Scotella was fresh out of high school.

“There was so much shelling going on, and you never knew where a mortar was going to land or when you might be under fire,” he explained.

They were surrouded by sniper fire. The Japanese emerged from underground tunnels to take men out.

“If I’d have just been wounded I’d be happy,” Scotella added.

“I saw a fellow outside of a cave.” Scotella said. “He was on his back, naked. You could see where they tortured him in bad areas.”

The cost was agonizing, but the victory was America’s. Scotella was there when fellow Camp Pendleton Marines raised the United States flag.

“A lot of the fellows that were around there,” he explained. “They were all hooping and hollering.”

The original statue was up for auction in 2013, but never sold. Scotella said it belongs at Camp Pendleton.

“You would feel very proud that you’re a Marine,” he said.

He hopes the nonprofit can raise the $10 million it needs to get the statue and build the memorial site in time to honor his unit.

“I would guess maybe in five years or so there won’t be any left; none of us,” Scotella said.

“The public has no idea,” he said. “They just have no idea, and they should appreciate what the Marine Corps did.”

The nonprofit is hoping to raise $10 million to complete the project and build the memorial site at Camp Pendleton.